Mr and Miss Black and Beautiful

Welcome to Mr and Miss Black and Beautiful (MMBB), a Non-Profit Community focused Social Enterprise led by Young adults for Young adults based in the Borough of Lambeth.

We want to create a youth organisation with a difference. This organisation encourages young adults from underprivileged and N.E.E.T sector backgrounds to engage with and discover potential careers in the Arts.

Over the past ten years, we have helped over 200 young adults to gain employment with professional professions in the Arts.

MMBB workshops empower and create positive energy among young adults so they can take their first steps toward successful careers.

At Mr and Miss Black & Beautiful it's all about young adults finding their strengths and having fun at the same time.

We use Ambassadors from the community who have been successful in their own field and who can now inspire young adults to greatness.

In 2007, we helped Danielle Smith, a young aspiring photographer from Lambeth, to gain an internship with professional freelance photographer, Dez Mighty. Dez took Danielle, who has now become a professional photographer in her own right, to that years Mobo Awards, where one of her photographs of that event was later placed in an issue of Hello Magazine.

That same year MMBB was awarded £21,900 by the Heritage Lottery Fund to arrange for a group of young people to create a project that would help them to find careers in the music industry at the same time as researching the history of Black Entertainment and 1980s Black History.

Named the 80's Babies Project, we worked alongside singer songwriter Omar MBE and Don E a producer of the Sugar Babes and Bass Guitarist for Grace Jones to contribute to the knowledge of 80's music and Black History during this period. This project led to Don E producing a song for one of our 80s Babies, Floetic Lara who recently featured in 2015 BBC THE Voice and Lianne La Havas who was nominated for a Grammy award 2015

Mr and Miss Black and Beautiful were awarded the Commended position for their achievements within Social Enterprise in 2009. In this same year young adults approached MMBB to facilitate stronger networks within media. MMBB created a story board and called the project Nightlife, a television drama to utilise all media talents within film and even developing a Acting agency with Spotlight. Culminating in a Beftta Award nomination for working with over 70 young adults to complete the works of Nightlife that MMBB are currently trying to finance and take to the next level. 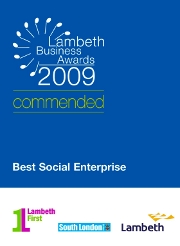